Hello from 2021 - hope you had a lovely New Year's celebration, and are as excited/terrified as I am that the writer's of this season started out with a visigoths-sacking-the-new-rome episode. Foreshadowing!

Since my last newsletter I wrote Bitcoin Ossification and Wayfinding Meditation. Bitcoin ossification tackles the question of whether, good or bad, it's possible to make changes to the bitcoin protocol anymore. The decline in acceptance of BIPs leads me to think that ossification has likely happened or will happen soon, hopefully not before a sidechain proposal is integrated. Wayfinding meditation describes a new meditation 'protocol' I've been experimenting with over the past month. Instead of just focusing on the breath, I let my mind wander and explore the thoughts that pop up. It's a kind of mindful, curiosity driven daydreaming that I quite enjoy and would recommend.

I also wrote a tweet storm on the cultural history of divination and what it has to tell us about the future of forecasting.

Simulations: Daniel Kojotajlo and I implemented a Technological Progress model on HASH. The simulation tends to produce progress (specifically, in the metric of finished projects) in an exponential pattern, leveling off into an s-curve. This occurs in almost every scenario, though it's possible to achieve stagnation (linear growth that flattens), with a sufficiently high initial number of locked projects.

The Lean MVP Flowchart: The lean MVP strategy of startups has been talked about so much that it's due for a deconstruction and reconstruction. The reframe the author provides, of building "that which gives value to one person", is a useful clarifying force. His other articles drive home the importance of new products providing a substantial 'spike of value' in at least one dimension.

Interview of Tobi Lutke, CEO of Shopify: Thoughtful and reflective interview with the CEO of one of the biggest recent tech successes. One insight of his I particularly liked was that many companies' incentives are misaligned with their customer's incentives. This seems true, and outside the implications for business strategy, when engaging with a third party it's worth doing a five-second gut check for whether your incentives are aligned. I also agree with his observation that coaches are very valuable for personal development.

Solitude and Leadership: I reread one of my favorite essays and noticed how, a decade later, it all hits a little different. I like that 20 year old Ben appreciated this, and it's cool to read it again and see the things I appreciated then, tempered with experiences of what it actually means.

Valuation for companies with real option value: I've been perplexed at why Tesla's stock has nearly 9x'ed in the past year, and the idea of pairing discounted cash flow analysis with real option theory is an illuminating formal framework. Combined with the memetic sorcery of r/WSB I've got my answer.

Against the Managers: The traditional left-right alliances have been shattered; the new divide is between the professional managerial class and the rest. I make no endorsements of one side over another.

The Muppet Christmas Carol: On Christmas Eve we watched this Muppet movie and it remains a classic. I had forgotten how great the songs are.

Chef: Really nice movie. Not sure how to describe it, but if you're interested in an indie low-conflict movie where Jon Favreau makes food, this is for you.

Twilight Imperium 4: I mentioned a few newsletters ago I've been playing a lot of TI4; I've also been listening to great TI4 podcasts. If you want to play a game with me - or learn to play! - let me know.

As always I love to hear from folks, drop me a line to discuss any of the above or something else. 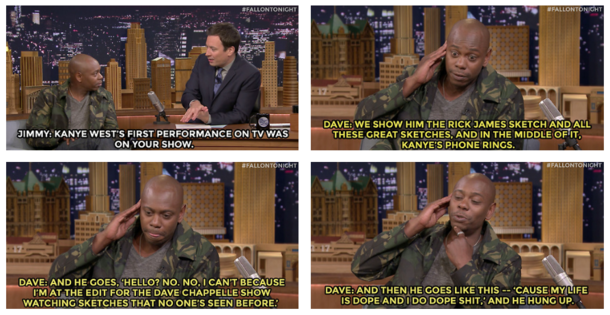