Pattern Languages convey expert solutions to laypeople. Pattern languages are crystallized Mental Models. In the example case in Knowledge Hydrant, it's a model of how to form an effective study group.

Pattern Languages have a consistent format.

Pattern languages are a standardized format for expressing approaches to solving problems; like a series of lego's that when stacked together build a house - the house represents the solution! 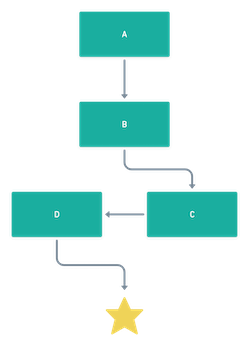